Vote all the way down your ballot! Local elections directly affect housing, health, education, and jobs in your community.

Are you ready to vote?

Coleman Advocates for Children and Youth is committed to building the leadership and power of low-income families of color because we believe that the people most affected by the problems in our communities must be the ones to determine and implement the solutions. And we believe that right now the voices that are most missing from our systems of governance are low-income youth and families of color.

One of the strategies we employ to make sure that our communities have a voice in the decisions that affect us is voter engagement. We don’t see this work as seasonal or separate from our year-round leadership development and organizing efforts. With our community partners, we are building an informed and engaged base of voters and changemakers that are shifting the balance of power locally and participating in high impact advocacy at the state level.

As an organization that centralizes the leadership of young people, Coleman has been especially invested in recent months in supporting our youth members and their peers to register and “pre-register” as new voters.

This November will be the first statewide election since California implemented pre-registration to vote for 16 and 17-year-olds. Over 120,000 teenagers have pre-registered since it became an option in 2016, and more than 50,000 are now voters.Young people are poised to be the largest voting bloc in California and this is good news for the state, given what we’ve heard from the engaged and informed young voters-to-be that we’ve talked to in recent months.

And it turns out, it’s not just San Francisco youth that are serious about using their voice and vote to make change. To find out what mattered to the state’s youth, over the summer Power California commissioned a survey of 2,000 young people of color in California between the ages of 16 and 24 about their civic engagement. Results of the survey showed that 72 percent of 18- to 24-year-olds say they will “definitely” vote in November, and 82 percent said that voting makes a difference. Their top issues were immigration, housing, the environment and education. Half the respondents considered themselves part of the Black Lives Matter movement, LGBTQ Equality, and Undocumented and Unafraid social movements.

This is a volatile time for young people and families in San Francisco and throughout the country—rapid gentrification is impacting working class communities of color, many of whom have been fighting the threat of displacement for decades. The wealth divide in our city is only growing and corporate big money influences seem to have an even greater hold on local politics, especially but not exclusively with regard to housing. Every day the Trump Administration proposes or passes another inhumane policy designed to roll back hard won civil and human rights. And every day we grieve another horrific act of hate violence inspired by the Administration’s racist, sexist and xenophobic messages and agenda. And now, rampant voter repression threatens to further disenfranchise the communities with the most at stake at this moment in our nation.

All this to say: VOTE. Vote like your life depends on it. Because at this point, even if your life or your future is not immediately at risk, someone’s life – someone that you know and care about – will be directly and profoundly affected by the outcomes of this election.

The November 6th elections include important opportunities to weigh in on the crisis of displacement that plagues our city and state. For example, Prop C, Our City our Homes, will fund permanent housing for the homeless in San Francisco and Prop 10 will allow cities and counties throughout California to determine whether they want to enact rent control measures. These are survival issues for low-income families – policies that will have a direct impact on their ability to survive and thrive in the cities they call home. 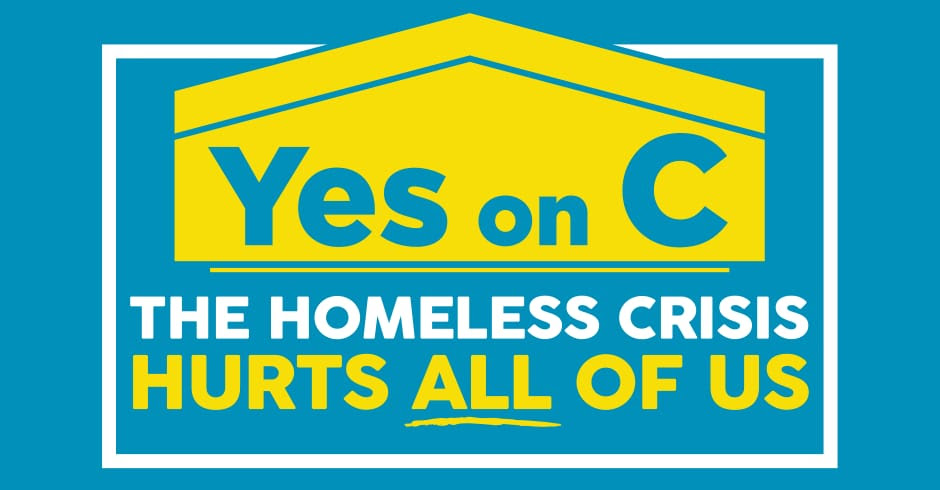 Proposition C, also known as Our City Our Home, is a small tax on the richest corporations that will dramatically improve the lives of homeless San Franciscans. San Francisco has approximately 7,500 homeless residents on any given day, and over 20,000 San Franciscans experience homelessness each year…but there are only 1,300 adult shelter beds, with 1,100+ people on the waitlist. Prop C will address this by raising $300 million annually. Half of that will build and acquire permanent housing, a quarter will go to mental health and substance abuse treatment, and the last fourth goes to homelessness prevention, temporary shelters, and hygiene centers.The overwhelming majority of this funding goes directly towards getting individuals and families into homes and keeping them housed. 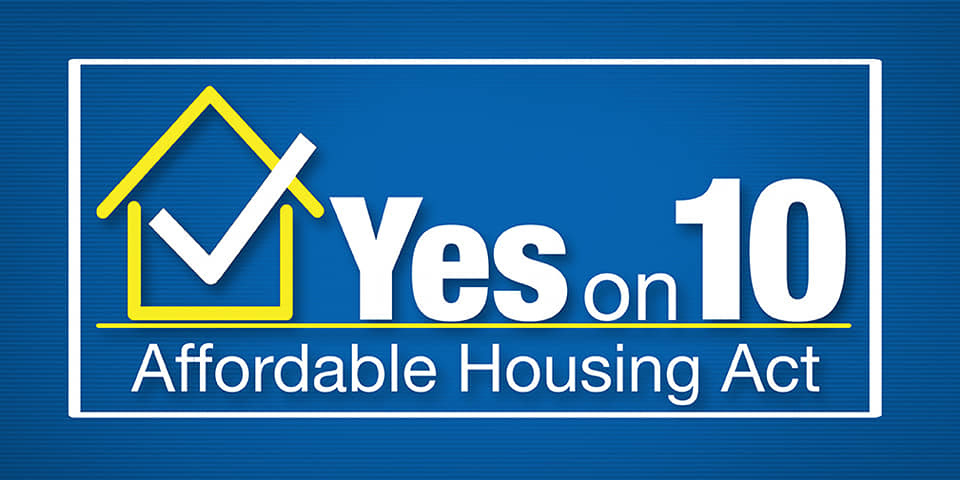 Prop 10, The Affordable Housing Act will restore the rights of local communities to address the housing affordability crisis by repealing the Costa-Hawkins Rental Housing Act. Costa-Hawkins prevents cities and counties from applying rent control to apartments built after 1995 or to single-family rental units and condos. It also protects a landlord’s ability to raise the rent to market rate on a unit once a tenant moves or is forced out.  Most California renters spend over 30 percent of their income on housing. A third are spending over 50% of their pay to landlords. Prop 10 is the first step to put some reasonable limits on some of the most over-the-top and inhumane rent hikes.

Vote NO on California’s Prop 5 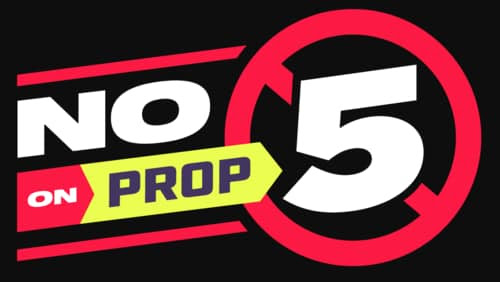 As with many ballot initiatives, Prop 5 isn’t what it seems. Supporters are framing it as a measure to provide solutions to the housing crisis. This couldn’t be further from the truth. What Prop 5 really is all about is lining the pocket of special interests – in particular Realtors – at the expense of our schools, public safety and health care. Prop 5 would drain as much as $1 billion each year from schools, public safety and health care services just to give a handful of people over 55 who buy bigger, more expensive houses a huge tax break. That’s why teachers, firefighters, health care workers, seniors, housing and homelessness advocates, local governments and middle-class taxpapers all say vote NO on Prop 5.